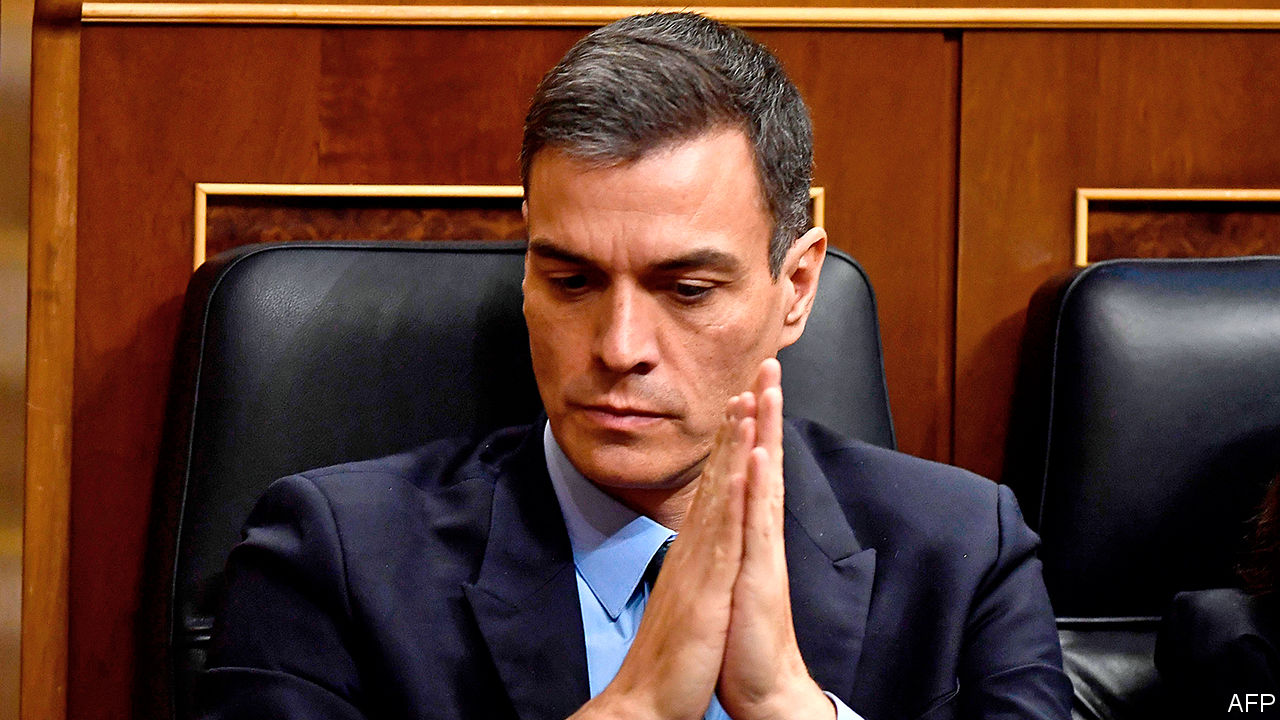 The alliance of leftists and Basque and Catalan nationalists that backed his minority government was united chiefly in rejecting Mr Rajoy. On February 13th Mr Sánchez’s government seemed to run out of road when its budget was rejected, by 191 votes to 158. On February 15th the prime minister is due to announce if—and more likely when—he will call a general election.

No comments to display.